The XP Pen Deco Pro was released in 2018 with its sights firmly set on dethroning the Wacom Intuos Pro, has it done it, for half the price?
6 min read

I was sent the Deco Pro to review by the kind folks over at XP-Pen.
I’ve been using the Wacom Intuos Pro (and the Intuos range itself since I was 13!!) as well as the Cintiq Pro (Draw on screen instead of on a tablet) so, I’d say I’m pretty well versed to pull this device apart and let you know what’s what!

To jump straight to the answer you’re here for, yes, 10/10 – It is brilliant and I fully recommend it, definitely if you’re on a bit more of a budget (The Deco Pro is £129.99 compared to the £300 Wacom Intuos Pro) but also… Just because it makes obvious sense. At half the price it delivers 99% of the Wacom, and you get a lot of extras over the Wacom – Pen case, illustrators glove, USB adaptors.
Great product!

Who is this tablet for?

Broadly speaking, this tablet will work for you at any skill level. The Deco Pro is certainly suitable for a professional illustrator or photo retoucher/photographer. A beginner will feel very at home with this, If I look at the tablet landscape, there are plenty of sub-£50 even sub-£30 tablet options that work fine for new users. What you’re getting with the Deco Pro is over 8000 levels of pressure sensitivity, which gives you a very versatile mark. Tilt-sensitivity is typically something reserved for the more expensive models, again you get this in the Deco Pro.
More buttons; I’m personally not a massive button user and instead allocate various shortcuts to them and use it as a bit of a mini StreamDeck with some macros for various programs. In the Deco Pro, you’re getting 8 hard buttons and the skinny wheel and touch pad.
Battery free pen, cheaper models can come with a battery pen (rechargeable or even AAA battery!)

Installation was very easy, the website found my driver without much effort and installation went without hitch. A restart is always recommended when installing these types of devices, you can typically encounter problems without having done this. So if you found the pen didn’t map properly, or buttons on the pen weren’t working, anything odd – ensure you’ve given the system a restart. This is something that has tripped me up before, even with Wacom products, scanners, printers, you name it!
The actual app itself is quite simple and gets the job done. Comparing it to the Wacom apps, it’s very similar, maybe the Wacom app would win in the comparison as you can edit all buttons at the same time. In this XP Pen, you use a few drop down menus to make customisations. Not as efficient as it could be, but once you’ve set them up once, odds are you aren’t changing them again so it’s a minor gripe.
I use a Mac, it’s worth me mentioning that the Windows app looks to be designed for the faster edit – with all the buttons visible on one page and easy to edit.
I found customising the pen ‘feel’ was very easy and worked well, you have the graph over simple sliders I’ve encountered before which means you can really get the feel you want out of the pen, I like a slightly firmer pen so I pull the curve down and right slightly.

The Deco Pro goes with a spinning mechanical wheel which is nice and responsive, it can’t be tricked to bug out (Something I’ll typically do as a means to ‘break’ a device and really test it!) XP are on the ball here and it’s programmed really well. You also have a touch surface to it, so this can act like a track pad complete with taps and double taps – As well as being able to customise it into a seance wheel with circling one way being an button and circling the other way another option. Great addition and hard to accidentally knock – On the Wacom Intuos Pro the touch wheel is easily swiped over and that activates whatever function it has quite easily.

Deco Pro Stylus - Comfortable and nice to use?

Great pen, as I’ll talk about below, it’s very sensitive, battery free, lightweight and responsive. It features two buttons, like a Wacom Intuos pen, and I’m particularly pleased to say you can assign the eye dropper to it (VITAL for me!!), again, I’ve used other pens where this wasn’t quite possible without glitching the pen. This one works, just like a Wacom pen does, and that’s been one of the biggest hurdles I’ve felt. Great pen, looks like the wacom one but in black and silver, it’s cool. I want to highlight as well as durable the nibs are. They’ve withstood all my painting so far and show now wear and tear – I can’t say this about Wacom’s pen. I felt that Wacom may be providing weak and nibs as a way to generate some extra money, potentially disguised as a way to ‘make the pen more pencil like’ but they became TOO soft all of a sudden, and replacements were very expensive and not initially provided in older Intuos products but, is included with Cintiq and Intuos Pro models. XP-Pen give you 8 replacement nibs, and they’ve been doing this for a good long while as well.

Pressure sensitivity in the pen, do you need 8192 levels?

I used 1024 levels for the longest time and it was completely fine, you don’t necessarily need 8192 levels, but there is quite a distinct difference in the ability to create very fine marks between the two options. I feel like I can make the lightest of marks with an 8096 pen where as before I was definitely pressing the pen to the tablet. This is particularly great with calligraphy, getting one of the fully functioning brushes in photoshop and tracking the tilt, lightest marks and the sheer accuracy is a delight!
I would encourage you to look for at least 4096 levels to really get the benefit of a strong pen.

Pen Tracking - Does it jitter?

I found the pen mapped to the surface straight out the box, I made no alterations at all and very happily got sunk into my work. I’ve used a few before where the cursor may twitch as it struggled to track and place itself, after a week of use I continued to feel completely confident!

Bluetooth - Do you need it?

No bluetooth support on this device if we’re comparing it to the Wacom Intuos, not a deal breaker for me at all. I get a bit annoyed with the tablet turning on in my bag and I happily plug it in all the time, though I do get this weird feeling that I’m overcharging the Wacom, I’m sure they’re programmed to stop charging once full, but I just have this old skull mentality where if you leave a battery plugged in it over charges and diminishes the battery. That’s the vibe I get when I plug the Wacom in, I don’t have to worry about that with the XP Pen. Odd, I know, but that’s how I feel!
Bluetooth is great for opening up a USB port, but again, I sort of don’t worry about this as I use a USB Hub and masses of external hard drives. If you do need USB ports, then maybe you would have liked Bluetooth…

As I said at the top of the review really, this is a solid bit of kit, certainly stands up to the more expensive competitor from Wacom and you really can't go wrong with it at all. I'm both surprised and delighted! The Deco Pro will absolutely have a place in my life, I can keep this one in my bedroom and take another to the office!

Here are some links to the XP Pen store:

If you have any questions or would like me to test anything out, let me know in the comments below!

A consistent brand is one of the most important elements in any industry. When people expect to see a certain type of product each day, they have to recognise that brand and choose to support it.

The XP Pen Deco Pro was released in 2018 with its sights firmly set on dethroning the Wacom Intuos Pro, has it done it, for half the price?

Video is massive, and it's only getting bigger each year. In this post I'm going to be exploring what we can do with video to build your personal brand.

I'm working on a free Content Creator Kit. You'll get a bunch of design elements to help design and brand your online presence... Sign up with the button below to be one of the first to get it!
SEND ME THE KIT

HOW DO I BE TRACKIN' YOU? 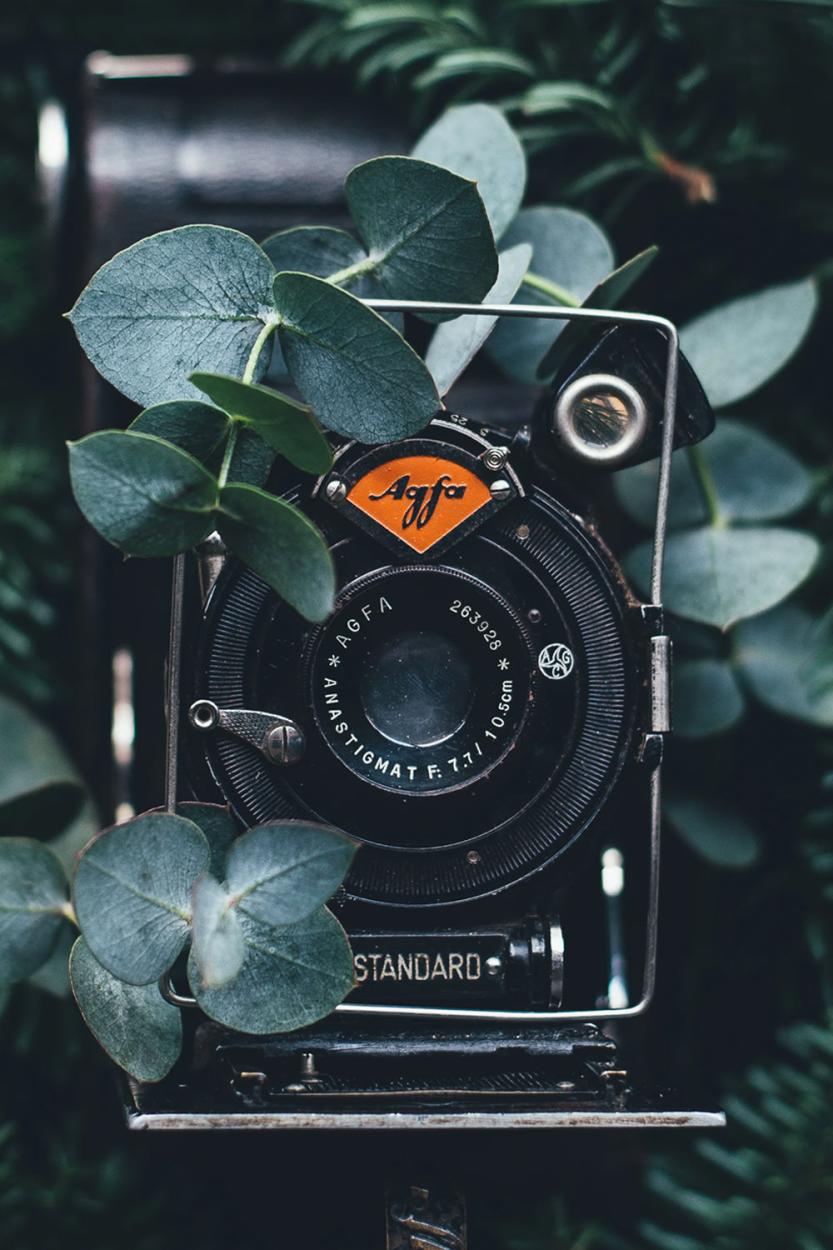 I use cookies on my site. They track you and I can see some basic information about you; location, language, age bracket and the actions you take on my site. Hope thats ok, if not here are some buttons to click! Accept Reject Read More
Privacy & Cookies Policy

This website uses cookies to improve your experience while you navigate through the website. Out of these, the cookies that are categorized as necessary are stored on your browser as they are essential for the working of basic functionalities of the website. We also use third-party cookies that help us analyze and understand how you use this website. These cookies will be stored in your browser only with your consent. You also have the option to opt-out of these cookies. But opting out of some of these cookies may affect your browsing experience.
Necessary Always Enabled
Necessary cookies are absolutely essential for the website to function properly. This category only includes cookies that ensures basic functionalities and security features of the website. These cookies do not store any personal information.
Non-necessary
Any cookies that may not be particularly necessary for the website to function and is used specifically to collect user personal data via analytics, ads, other embedded contents are termed as non-necessary cookies. It is mandatory to procure user consent prior to running these cookies on your website.
SAVE & ACCEPT